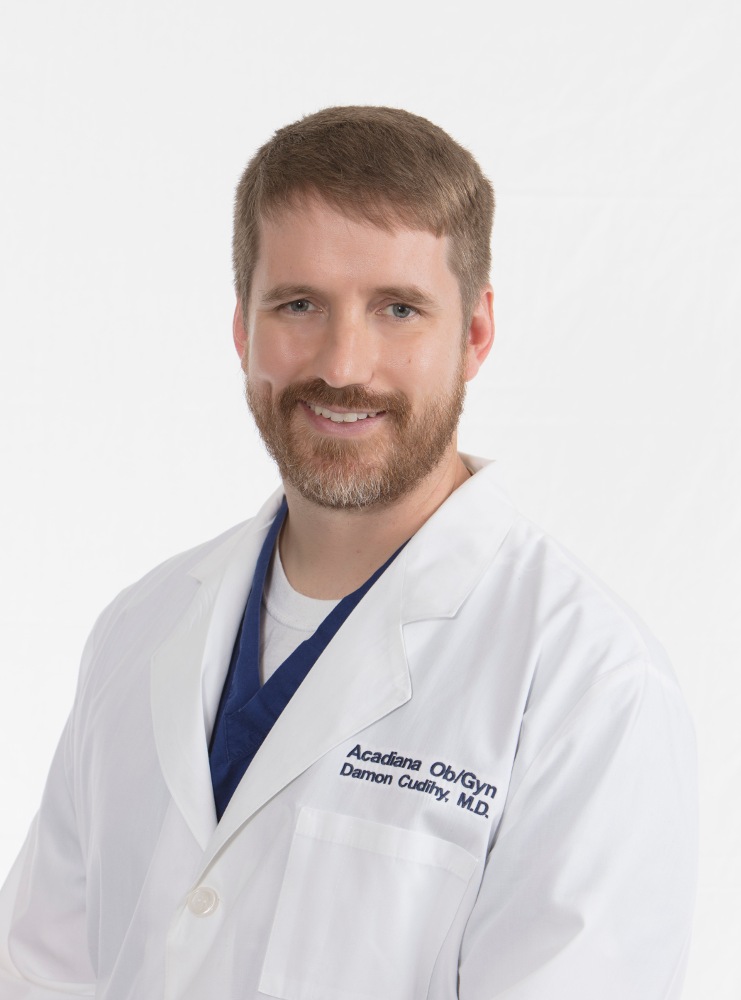 After receiving a National Merit Scholarship, Dr. Damon Cudihy graduated from Florida State University, in 1999 with honors earning a Bachelor’s degree in both biology and Spanish. He subsequently studied medicine at the University of Florida where he earned a Doctor of Medicine (MD) degree in 2003. During his second year of medical school, he was awarded a Health Professions Scholarship and commission in the U.S. Army’s Medical Services Corps. His post graduate medical training began at the San Antonio Uniformed Services Health Education Consortium (SAUSHEC), where he completed 2 years of specialty training in Obstetrics and Gynecology.

He went on to fulfill his military service obligation as a Field Surgeon during which he volunteered for an overseas deployment in July of 2006. In Iraq, Dr. (Captain) Cudihy served as Battalion Surgeon where his duties included providing medical care to hundreds of Iraqi civilians during various medical missions.

After returning from Iraq in September 2007 and finishing his military commitment, Dr. Cudihy continued specialty training at the State University of New York (SUNY) at Buffalo affiliated Sisters of Charity Hospital. He then completed his residency training in Obstetrics and Gynecology in June 2009. Before moving to Lafayette, Dr. Cudihy worked as a staff Obstetrician and Gynecologist at Holy Spirit Hospital’s Center for Women’s Health in Camp Hill, Pennsylvania for 4 years. During this time Holy Spirit Hospital acquired the latest da Vinci robotic surgery system and Dr. Cudihy had become the hospital’s most prolific surgeon utilizing this advanced technology. Furthermore, he proctored other surgeons in the region as a teaching consultant for robot-assisted minimally invasive surgery. In addition to the pathology and treatment of preeclampsia, his academic and professional interests include treatment of infertility, endometriosis, and the advancement of minimally invasive surgery.

In 2010, he was awarded the Journal of Obstetrics and Gynaecology’s Denis Hawkins Memorial Award for a research paper on the cause of preeclampsia. He is also a local advocate for women’s health having been extensively quoted in the local press on issues ranging from prenatal screening tests to fertility awareness and family planning. On the national and international level, he has been featured on such outlets as The Station of the Cross Catholic radio, Radio Maria, and EWTN television. Since moving to Louisiana, Dr. Cudihy has testified before the State Legislature regarding various bills touching on the life issues, has served as an expert witness for the Louisiana Department of Health and Hospitals in federal court in defense of abortion regulations, and become a regular guest lecturer at Notre Dame Seminary.

Above all else, however, Dr. Cudihy’s most important professional roles are those of husband to his wife, Lauren, of over years (without whom he would not be an Ob/Gyn physician) and as father to their 8 wonderful children–who continually remind him of the generosity and love of God.